Tove Dalenius working as a community filmmaker and artist with Soft Touch Arts Ltd These films and exhibitions are produced in the context of a participatory arts and community development, encouraging self-empowerment through creative projects. The organisation use the arts to offer people with limited opportunities the chance to work together to effect positive change for themselves and their communities. 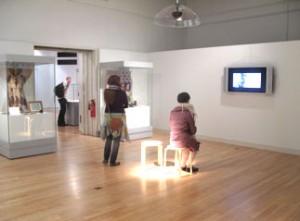 I Came Here: 1939 To Present Day is an oral history film that compares experiences, memories and stories of arrival and settlement in Leicester across the generations. Leicester is one of a small group of European cities where the non-white population is reaching majority. The film traces journeys to Leicester from a variety of countries including Somalia, Kurdistan, Zimbabwe, Montserrat, Jamaica, Trinidad, China, Germany, India, and Ireland. The film was produced by a core group of volunteers who are migrants who came to Leicester between 2002 and 2007 working with Soft Touch Arts Ltd and film maker Tove Noorjahaan Dalenius. The DVD was installed in the Community Gallery at the Newarke Houses Museum and was used as part of the Moving Here exhibition at New Walk Museum. The Heritage Lottery Fund supported the production of the Film. See I Came Here on YouTube Part 1 Part 2 Part 3 Part 4 Part 5 Part 6 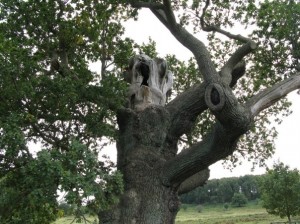 It is said all the oak trees in Bradgate park were ‘beheaded’ by the loyal park keepers when Lady Jane died.

Jane to Jane. The Lady Jane Grey DVD project was a one year project funded by the Heritage Lottery Fund. It was a history drama project with students at Beaumont Leys School lead by Soft Touch Arts Ltd and film maker Tove Dalenius. This is what some of the participants said about the project: ”Utterly amazing and a wonderful experience. A fun way to delve into the history of England”, “So much fun! I love doing the Lady Jane Grey project. I have learnt so much about Lady Jane Grey and Bradgate Park”. The project gave some of the participants their first opportunity to visit London, through their filming at the Tower. See Jane to Jane on YouTube Part 1 Part 2

“A Special Place” at the Bonington Gallery in Nottingham

A Special Place. Young people who has arrived in Leicester from all across the world worked on the theme of what helps them build a sense of belonging. The project formed part of a larger research project “Beyond Borders: making connections” funded by the Arts and Humanities Research Council (AHRC) Knowledge Transfer Scheme and led by Loughborough University academic Maggie O’Neill, who authored the book “Asylum, migration and community” building on the project. It was a piece of action research. Tove Dalenius worked for Soft Touch Arts leading a series of face to face workshops with the newly arrived young people and designed the exhibition piece from the young peoples original artwork and ideas. 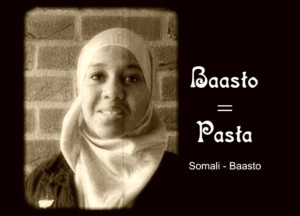 Basketball and Baasto. Young Somali people from Leicester talk about their cultural heritage, current situation and future aspirations. Made with young people studying at Regent College working with filmmaker Tove Dalenius and Soft Touch Arts Ltd. The film was made to be shown to younger people in schools and colleges to build their understanding of the Somali community. One young Somali participant commented: “When I lived in Sweden nobody asked me about my Somali culture like you do here”. Funded by Leicester, Leicestershire and Rutland Community Foundation. See Basketball and Baasto on YouTube Part 1 Part 2 Part 3